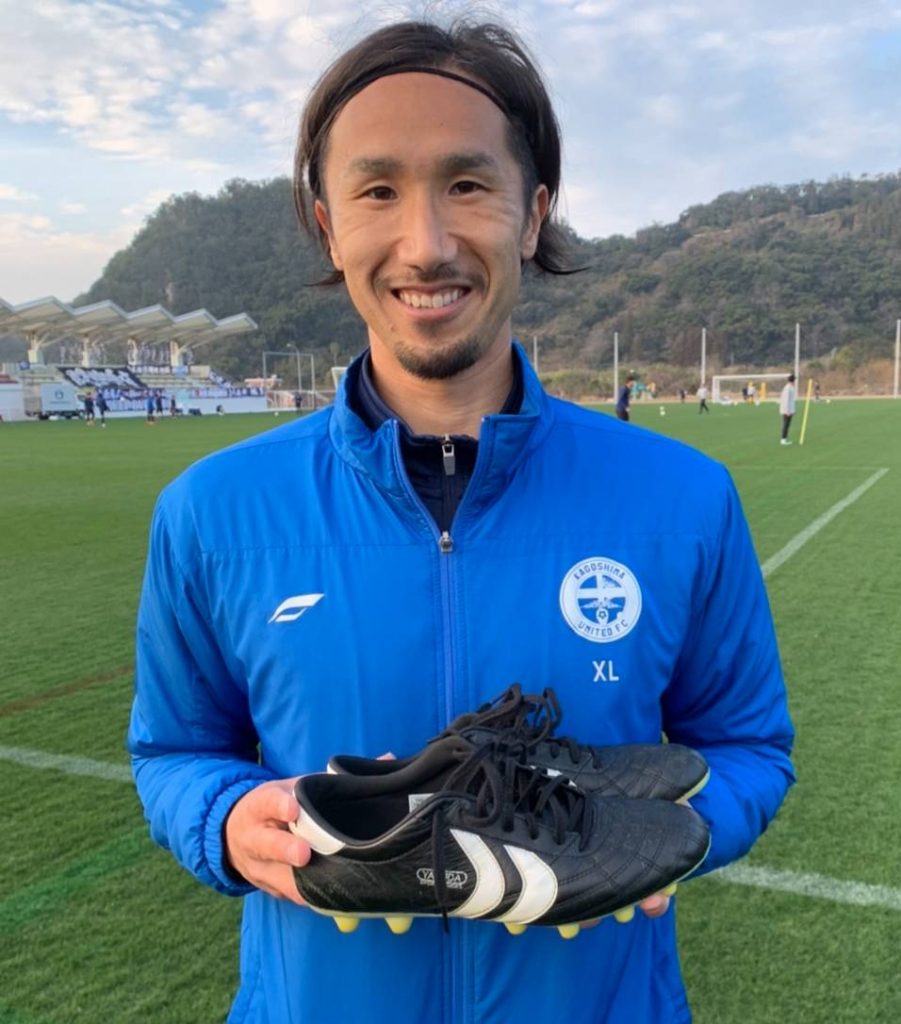 Background to the contract

"YASUDA" that I wore when I was little.
I was sorry that it was gone in 2002, but when I learned that I became a professional and reprinted it in 2018, I wanted to wear it if I had the opportunity, but this time I was able to wear it!
As when I was a child, the ease and fit are outstanding, and I am looking forward to playing a game wearing YASUDA spikes as soon as possible!
And when I wear it, it reminds me of my childhood and makes me want to be more fun and better!
I would like to grow still with YASUDA's spike from now on, and I would like many people to wear it!