Hello everyone.
I'm in charge of YASUDA web site!

"I want to know more about YASUDA and YASUDA's spikes."

That's why I wrote a lot about new shoes and services in several ways, so what is it called, that's what it is called (laugh)

By the way, the contents are not representative Sato ('・ ω ・ ｀)

There are a lot of information that can not be written on the product page and online store, so I think it is good to write such things, the inside of the company, the backside, and even the very last minute Thank you for your support.

By the way, renewed your new YASUDA shoes `` Innovator (Innovator) ”series announced and launched on March 21, 2020 (although it is a pre-order)!

Have you seen it already?
You have seen it.

All photos in online store Can be seen here, so here is one piece. 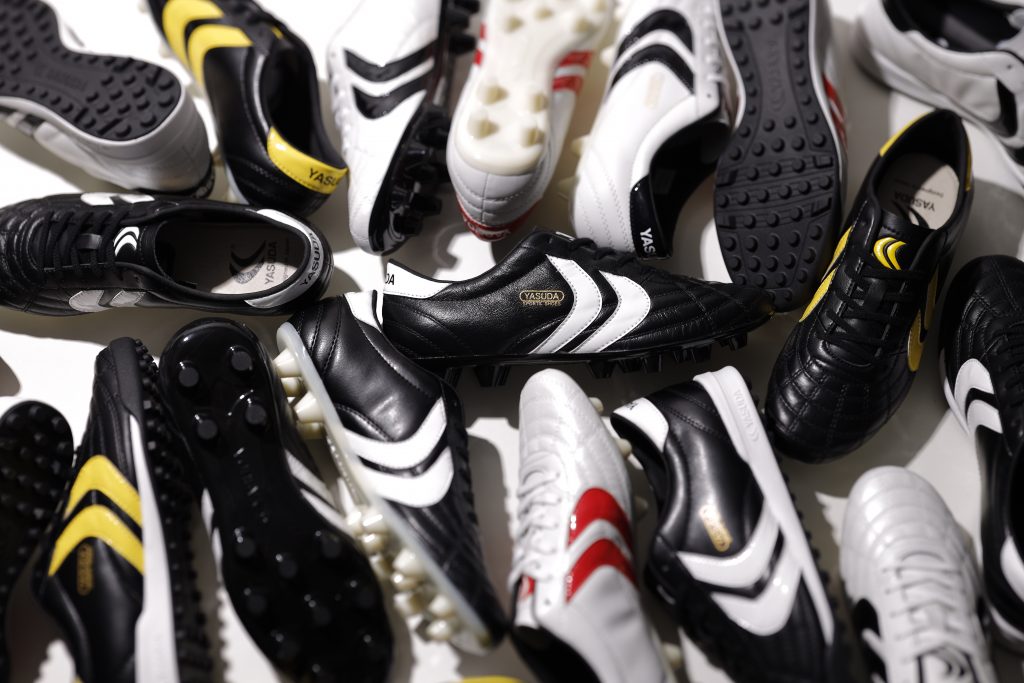 On the day of the announcement, what! It was a great honor to focus on this new initiative of YASUDA, with such spike makers appearing on TV Tokyo's “FOOT × BRAIN”.

this," Excel Feed ("Excel Feed") ", you may already know many people,

It is a service that I will do,

I think that it is perfect for footballers who frequently use spikes, such as youth soccer, club activities, and professional players.

Also, in the "FOOT x BRAIN" program, they told us that "reuse abroad".

Well, there is an indicator called "Sustainable Development Goals (SDGs)" adopted by the United Nations, and based on this, we aim at "social contribution to the world through reuse of spikes".

"Using services lowers the cost of spikes, and at the same time contributes to society."

Because this is going to be long, Excel Feed ("Excel Feed") ", I hope we can tell you again.
looking forward to.

Oh oh oh
After all it will be long.

In this first installment, I tried to write all the new spikes, but it seems impossible.

Next time, the 2nd YASUDA Inside Review

(2) The story that "Innovator" was born in this way