(2) The story that "Innovator" was born in this way 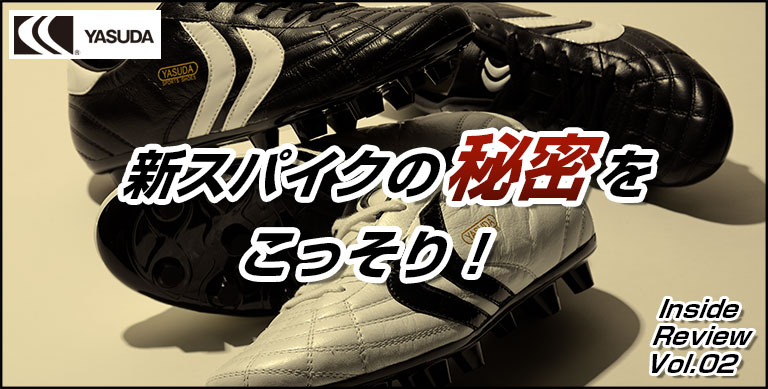 Hello everyone.
I'm in charge of YASUDA web site!

It is the second safely.

The last time, that is, in the first part, first of all, I just told you that this kind of content started-it started-

There wasn't too much content, so we decided to publish the second time at the same time. . .

From this time, as planned, YASUDA's new shoes, Innovator (Innovator) ”series.
It's true.

I was worried about the name of the new shoes.
I brought a lot of ideas, including the president, and decided on them. 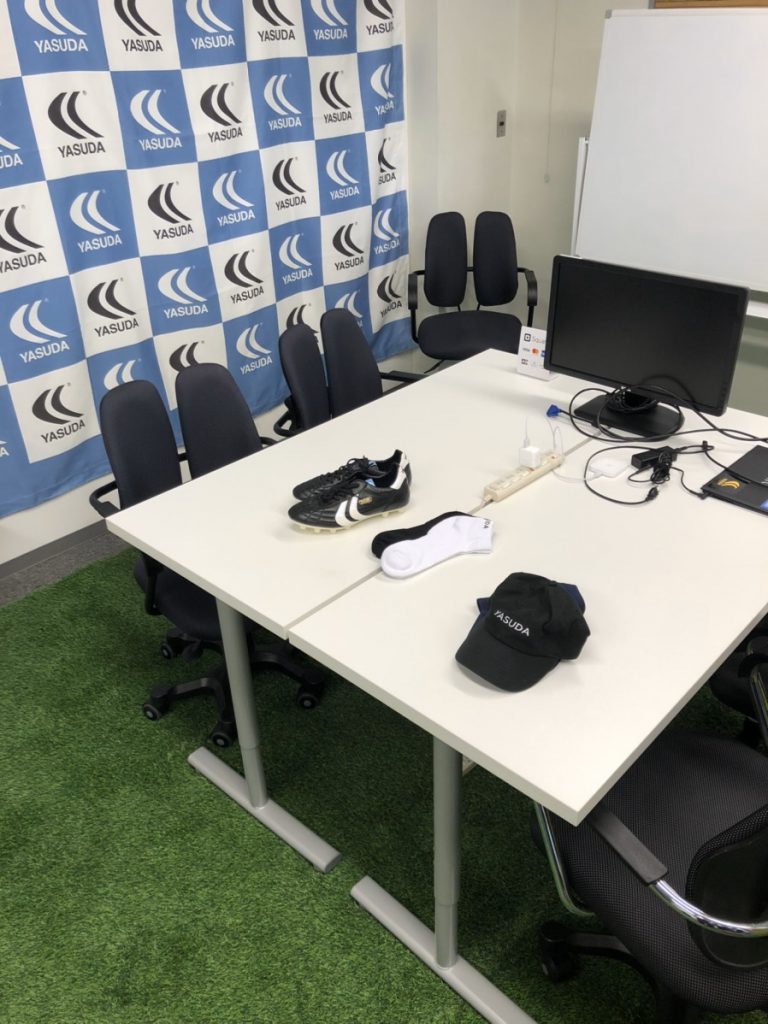 By the way, the meeting space of YASUDA looks like this

So the name was given to the spike.

Rather, it was the lead candidate.

But I couldn't give this name easily. 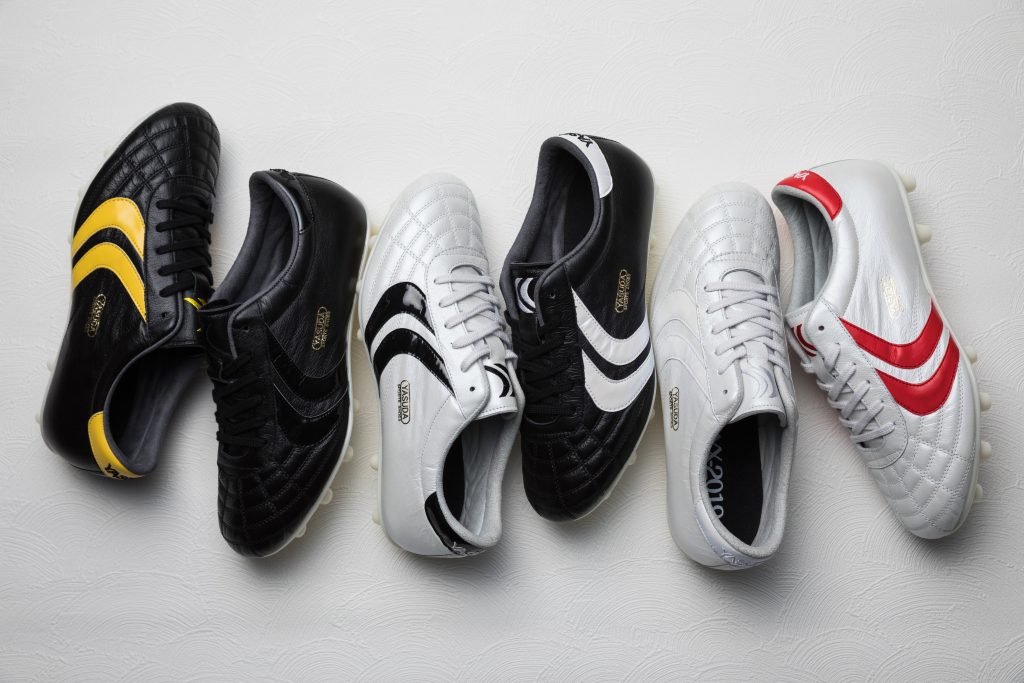 [1] Direct injection for upper and sole adhesion
→ "Direct injection" is a special manufacturing method in which the upper is bonded and integrally molded at the same time as the sole molding.
> Click here for more information on direct injection

[2] Molds and wooden molds were used before the bankruptcy in 2002
→ Since the mold is a thing of the past, it is exactly a reproduction

[4] Made in Japan
→Manufactured at a domestic factory

The big ones are these four.

There are many places that can be said to be more "features" if you write them in detail, but the big part is something like this.

However, it had a lot of small improvements, so it was perfect not only in specs, but also in comfort, and received high praise from professional players and many national and international footballers.

And what are the features of "Innovator"?

[These four points are all different]

what is that? Isn't YASUDA reprinted and making things exactly as it was then? What?

But " Innovator (Innovator) "is different.

It was different or "changed".

All four are different.

Therefore, I did not easily add "YX" to the name of the shoes.

・ Why did you change the specifications?
・ What happened to the changed parts?
・ Why did you end up with "Innovator"?

We will talk about this area slowly from the next time.

Next time, the 3rd YASUDA Inside Review

I'll give you the reason why various parts have changed.