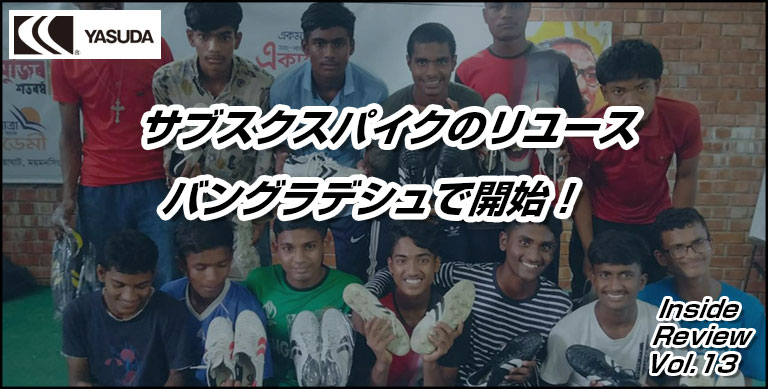 Hello everyone.
This is a YASUDA Inside Review.

In addition to the information introduced by e-mail and SNS, this "YASUDA Inside Review" introduces information collected from time to time.

Back issues also introduce shoe making, so if you have time, please read it.

It will be a sequel to this.

Following Senegal, this time the shoes have arrived in Bangladesh, so I will introduce the situation there.

By the way, we also introduce "Spike's subscription" and "Reuse" here, so if you have forgotten, please take a look at it first.

The Inspiration for the Idea of "Reuse"

・ Provide spikes as a subscription,
・ Let's have the returned shoes used for reuse

One of the reasons why the idea was born was because of my relationship with NAGATA Haryu (currently playing for Peninsula Power FC in Australia), who was playing for Bangladesh at the time. 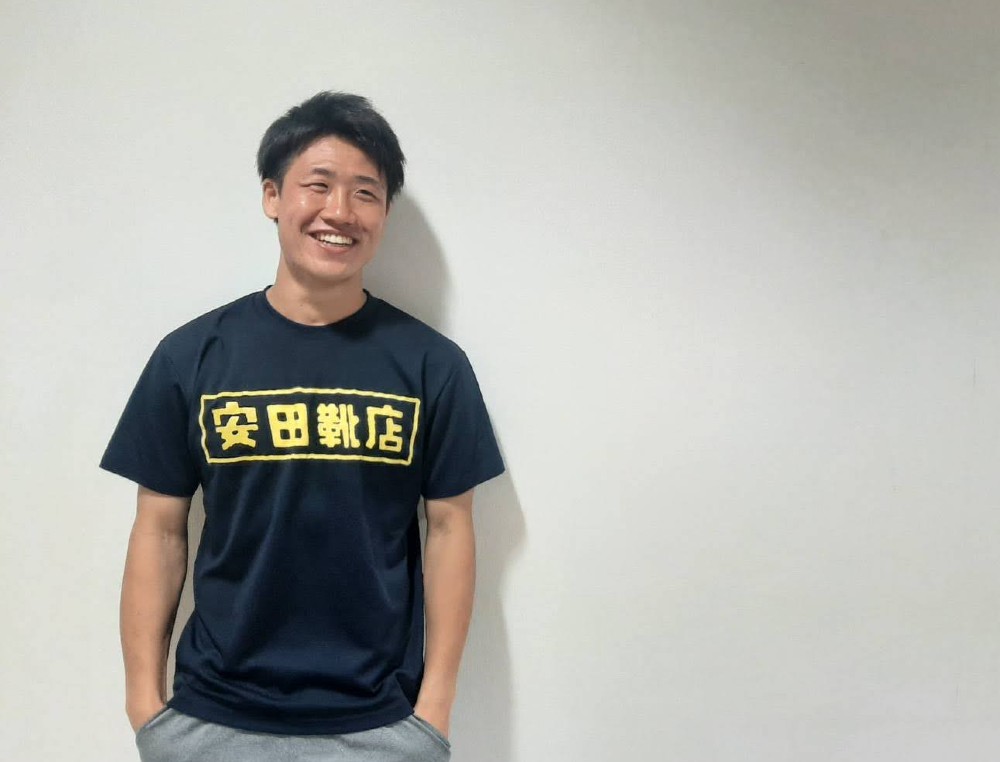 In fact, I was also used as a model for the product. He is Nagata.

At that time, YASUDA did not have spikes that were large enough for Nagata to wear.
(Now it is up to 29 cm, but back then it was up to 28 cm.) ）

"We will promote YASUDA products in Bangladesh!"

So, they wore YASUDA items and did PR on site.
He came to visit the company several times, and as we continued to communicate,

"There aren't many people there who can play football in soccer shoes."
I was also hearing that. 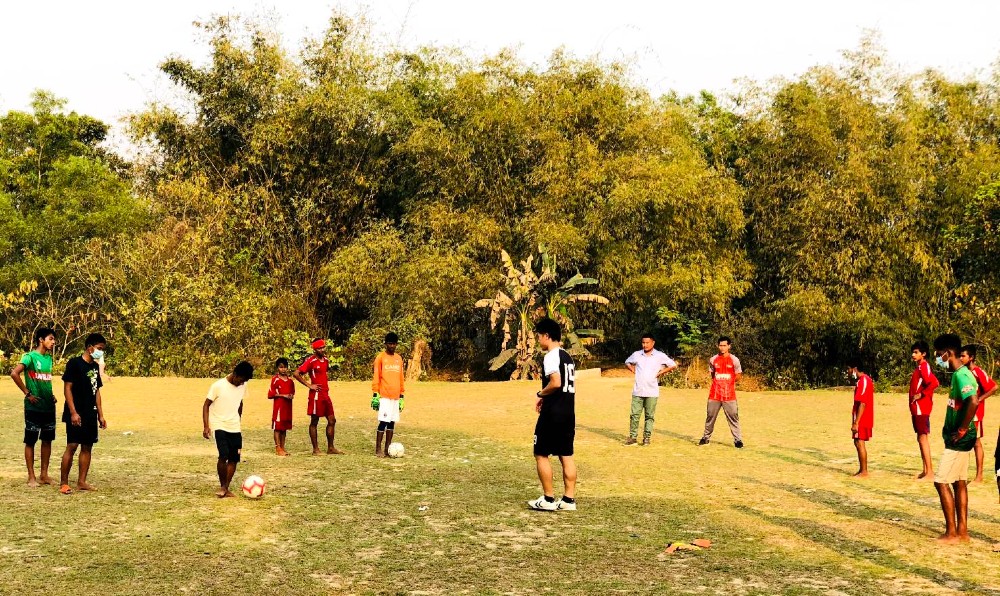 This is a photo of the site. I play soccer barefoot or sandals.

At the same time, YASUDA was considering a new service, and as a result,

That's how the idea came together.

As I mentioned in the Senegal edition, we planned to send the shoes to the reuse destination as soon as they were collected, but they were frozen for a while due to recent circumstances.

A while ago, shoes arrived in Bangladesh and we also delivered them.

It was decided to divide it into several parts. 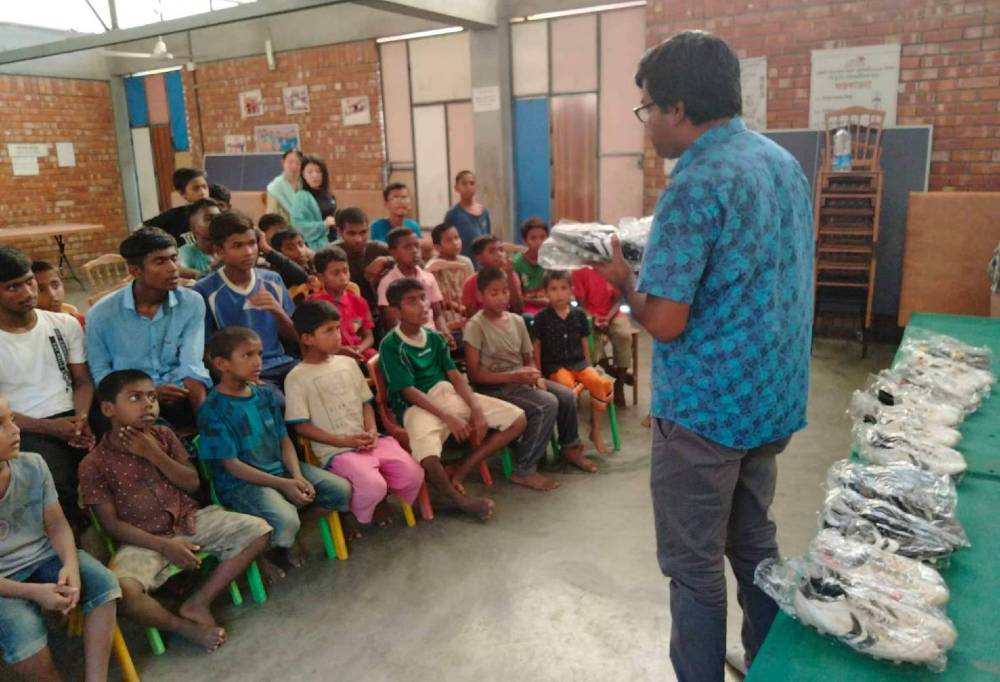 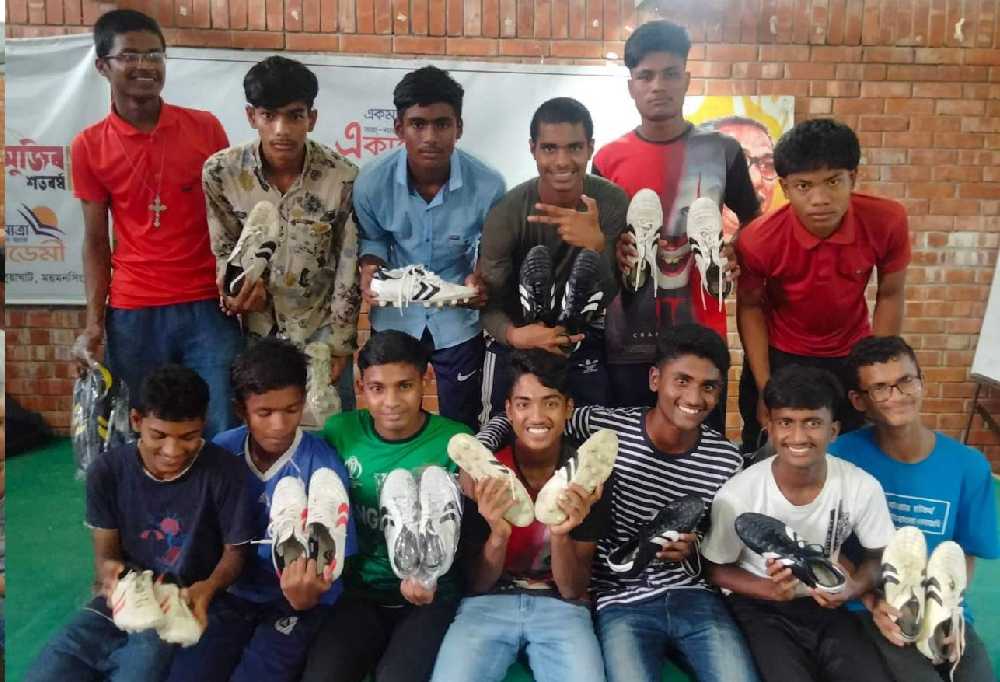 In addition to the activities through Mr. Nagata, which I mentioned earlier, we also received cooperation from the connections between the international cooperative activities in Bangladesh. 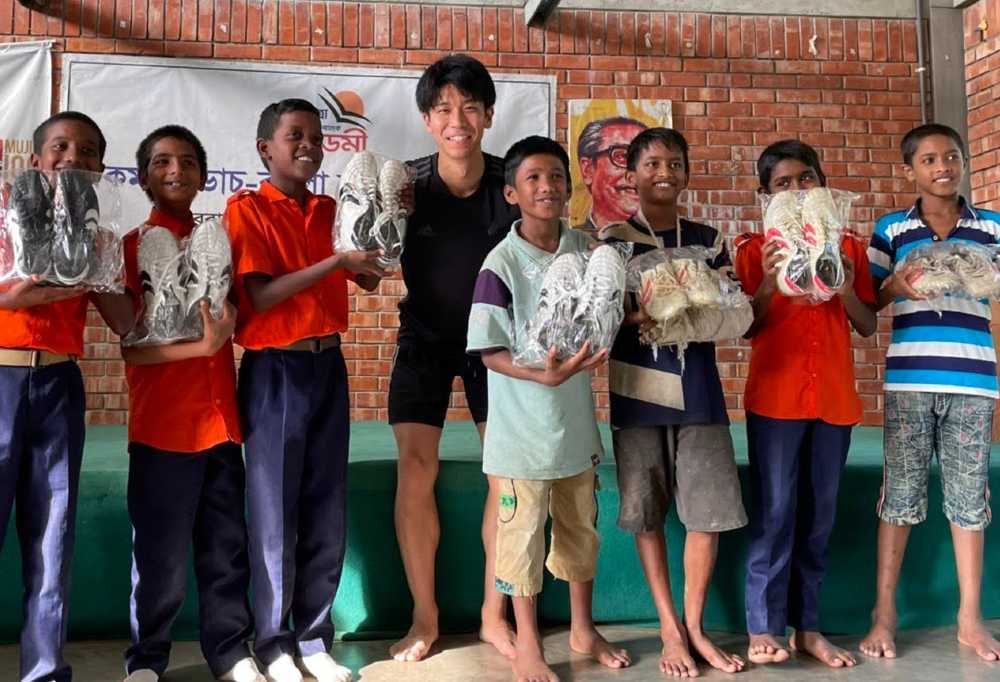 The young man in the middle is Kai Taguchi. They brought the shoes directly to the site and handed them to us.
Thank you.

"I'll wear them next time there's a game in the village!"

So, I haven't received any photos of them actually playing soccer yet, but I'll introduce them again if there is a follow-up report.

I can only thank everyone who is using the "Excel Feed" and everyone who has used it, but thank you very much.
I am very grateful to be able to do this.

We would like to recognize that we are delivering your feelings and continue to provide services.
Thank you for your continued support.

Information on the reuse of "Excel Feed" will continue to be introduced in the Inside Review, so please look forward to it.